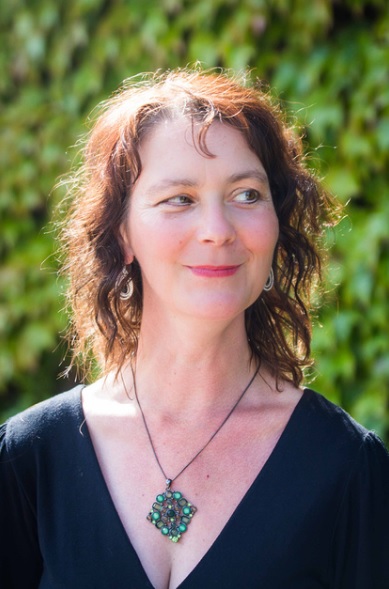 Here is a profile of our violinist, Kate McWilliam

'I started playing a bit of piano when I was 6,encouraged and helped by my dad and an old 1930s children’s piano study book. At the same age I took up the recorder at school, greatly amusing my mum by playing the national anthem whilst sitting on the loo. Well it was the 1977 silver Jubilee year after all! I took up the violin when I was about 7 and a half with a young 18 year music teacher ,although of course she seemed much older to me.She bribed me with 2 chocolate biscuits at the end of my half hour lesson.The early classical music  and folk tune influences were nicely couneterbalanced by my older sisters and my cousin’s pop music.Through them I discovered Roxy music,David Bowie,Kate Bush,two tone and ska,punk and English prog folk bands such as Pentangle.
With my trusty violin,I joined school orchestras  and choirs ,and briefly a school ceildh band when I lived in Hexham Northumberland. For any Geordies reading this, I can still play The Waters of Tyne,Blaydon Races and The Keel Row- as long as you buy me a pint of cider! McWilliam trio
We moved from the north down south to Hampshire,where I played in two youth orchestras.One of these was Southampton Youth and I was lucky enough to play with them for the national school proms in 1985 at the Albert Hall.The conductor of Southampton Youth really should get a mention here.He actually seemed to like working with teenagers.He drove us hard but we didn’t mind because his passion and enthusiasm carried us with him.Ot was my great provolege to be introduced to Elgar’s serenade for strings by him.I have a lifelonf love for this piece to this day.
We moved to the West midlands and I joined midland youth.Again great conductors.We played regular concerts at Birmingham town hall,I worked my way up to the 3rd desk of the first violins and we played youth orchestra fetaival in th Netherlands and Aberdeen.
At 18 I started to learn to jam a little with friends and my boyfriend.I wasn’t very good at it.Eventually I joined a folk anarchist punk band called Pope Bastard the 9th.You can tell this was the era of the Young Ones and alternative comedy! I played  mainly keyboards with them-well a little casio keyboard with a bit of reverb on!
Returning to Birmingham,I got my first paid gig with a jazz quartet called the snootie cuties playing Gershwin and Irving Belin classics.I still these ti this day.'

Kate McWilliam has been the violinist in Quill for 24 years, performing at festivals all over Europe and fulfilling a long held dream by playing at Cropredy in 2017.
She started her musical journey at the age of 7, playing in a ceildh band and various youth orchestras and making her first TV appearance at the National Schools Prom with Southampton Youth Orchestra in 1985.
During the 1990’s Kate veered away from her classical music beginnings, and played keyboards and violin in folk punk bands at university. After returning to Birmingham, she joined jazz quartet, The Snooty Cuties before joining Quill in 1994.
In more recent years, Kate has become involved in several other musical projects that include performing with Trevor Burton and playing Balkan folk music with a punk and ska flavour with Birmingham band Johnny Kowalski and the Sexy Weirdos.
She likes to think she contributes a foot tapping folk edge and an ethereal celtic feel to Quill.

Photos from The Prince of Wales Theatre, Cannock

Welcome to the home of QUILL, the Birmingham based music group that features the legendary BEV BEVAN on drums and percussion